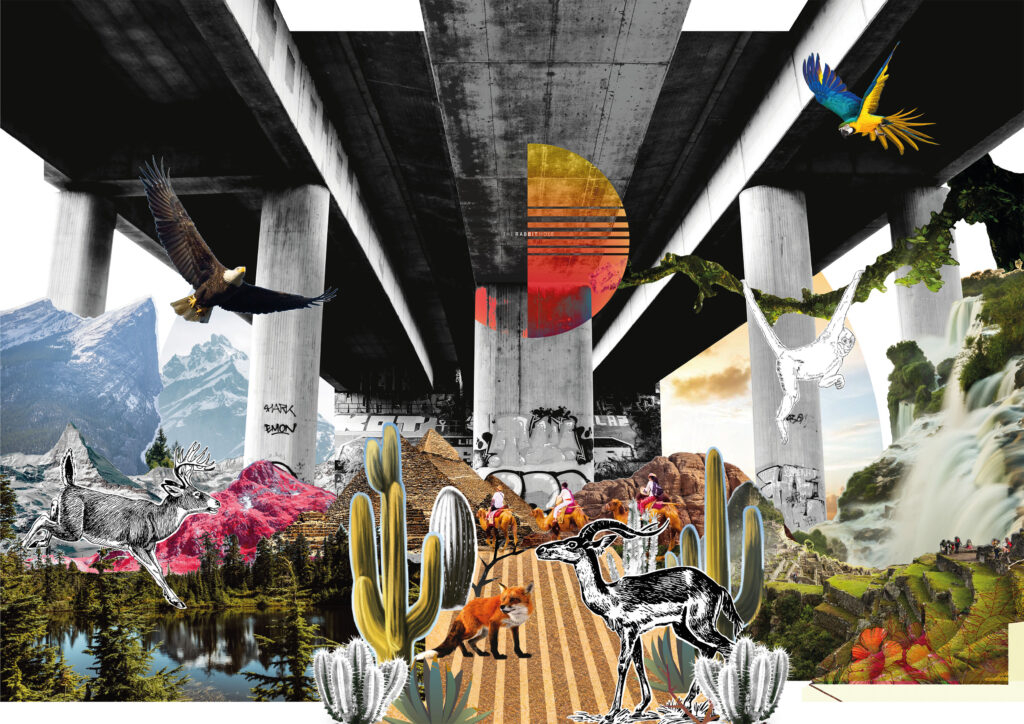 following the growth and urban develop- ment that has been taking place in the city of Dortmund, the overlapping of natural with urban areas and the formation of residual spaces has been unavoidable. Nevertheless, in areas of low affluence and proximity
to natural resources, mother earth has recaptured and reappropriated the spaces discarded by men.

The self-created „ecosystem“ under the Mallinckrodtstraße bridge has become the home and living environment for different species of flora and fauna such as birds, insects and small mammals. Furthermore, the area under the bridge and its surroun- dings have developed different biomes depending on the type of soil, incidence
of light and the amount of precipitation that reaches these areas. Among them, one can then distinguish zones that resem- ble the tropical rainforest, desert and the Mediterranean forest.

Overall, the fact that only one of these plant species has been intentionally planted and that such a variety of flora has appeared through natural reproduction, is in itself a special feature. Moreover, the interaction of an environment abundant in plant species (at least 53 different species found), its coe- xistence with the fauna within an urban area and the natural conformation of different biomes, is simply an exceptional fact.

Despite the fact that the amount of land designated for urban development has in- creased and, as a direct consequence, green spaces have decreased, the coexistence of man and nature has not been a barrier to its proliferation. Conversely, it has found new means of growing and interrelating with the space, because NATURE, It always finds its way.